The Seven Deadly Sins That Will Stop Your Home Sale

Buyers DO judge a book or home for this matter, by its cover. Therefore, be sure to pull weeds and clean up your front yard. Paint the trim of your home and mow the lawn. It's also a good idea to add some potted plants by the front door. 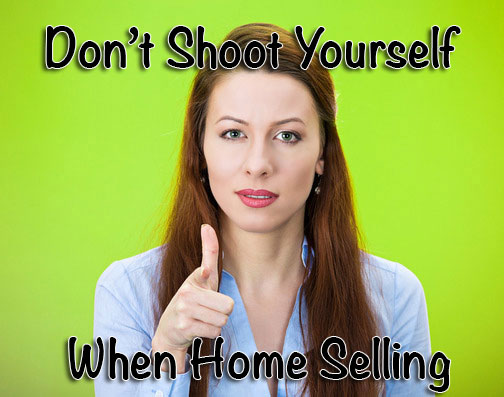 Most home owners have become accustomed to any offensive odors in their home such as pet or smoking odors, but buyers are not! While your home is going through the selling process, smoke outside and consider solutions for your pets. Crack all the windows in the home open for about an hour prior to any viewings and burn a vanilla scented candle.

A big dog or noisy bird can be nerve wracking and distracting to some buyers. So keep your animals away when you have viewings so your potential buyers aren't distracted or, even worse, scared. You want their initial experience to be pleasant and memorable (in a good way).

Additional: Great reasons to know what your home is worth

Problems with damp are a big turn-off to many buyers. Why? Because it can mean possible mold. Make sure your basement doesn't smell damp and there are no signs of damp on the walls. It's much better to deal with these issues now than the problems they may cause for you later.

A little dust or dirt may be only cosmetic, but to a potential...

It was a rough beginning to 2014. Ice, snow, freezing temperatures and slush kept buyers indoors slowing down the Louisville housing recovery. The sales numbers for March 2014 reflect sharp decrease in home sales. The latest numbers from the Greater Louisville Association of Realtors shows the number of homes sold last month were down 19.5 % from March 2013.

But just like the weather, home sales for Louisville have taken a turn for the better. The number of homes going under contract in Louisville for March 2014 was actually up 8.7 %. That’s a remarkable statistic considering much of March was in the deep-freeze and it indicates we’ve entered what could be described as a sellers market (more about that in a moment). We saw what was happening from our Sokoler Medley team offices every time the temperatures warmed up even for just a day, there was a flurry of showings and contracts followed.  It’s no wonder we put 40 homes under contract in the month of March .