Spend the Winter getting Your Louisville Home Ready to Sell! 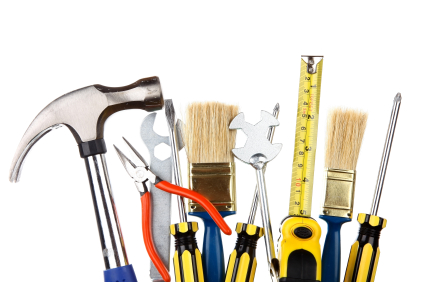 Starting just days from now and continuing thru early March Louisville Home Sellers will be thinking about selling their Kentuckiana homes. If you're one of them don't spend the winter months thinking about it. Spend the time preparing your home. Even if you don't want to sell you'll be thank full you spent the time fixing and cleaning it up.

The peak buying time in Louisville starts in March and continues through late July and into August. So waiting for March to start preparing your house is already too late! So well before you put up the 'For Sale' sign in the front yard spend the winter doing a little spring cleaning.

1) DE-Clutter - Get rid of the things you don't want to move to the new house.

3) Clean out the closets, basements, garages, and attics.

4) Get rid of personal pictures of you and the family. It will keep a buyers attention on the space in the house and keep them from trying to figure out if they know you.

Thousands of people around the country are receiving phony e-mails from a company claiming to be the Better Business Bureau with notice of a written complaint (see a copy of the e-mail below with the link removed). Charlie Mattingly of the Louisville Better Business Bureau tells me “This is a malicious message that has been widely distributed in recent weeks. We've been doing our best to get the word out”!

The slime ball(s) behind this latest attack on our computers must think its funny. The letter claims a complaint has been filed from a customer of yours. When you click on the complaint link you apparently infect your computer with a worm or virus.

I tried clicking on the link on the link with my Mac to see what happens (knowing the Mac is immune to those types of attacks). Nothing happened. But I did track the link to digitusmarketing.com. The company website claims to help companies create full scale social marketing. I’m not sure if they are behind the malicious e-mail but the results will not have a lot of people pointing their middle fingers at the company.

If you receive an e-mail from a friend saying their e-mail had been hacked and it was sending out e-mails without permission you are probably looking at the results of this phony complaint e-mail.

Here with the Better Business Bureau notifies you that we have been sent a complaint (ID 71185521) from your customer related to their dealership with you.

Please open the COMPLAINT REPORT below to obtain the details on this matter and inform us about your position as soon as possible.

We hope to hear from you very soon.

Could Louisville Kentucky be the tastiest town in the South?

Anyone who lives here knows Louisville has some fantastic restaurants.
Now the rest of the world may soon know about them as well. Southern
living magazine is asking its readers 'what's the tastiest town in the
South'? According to its online page, Southern Living editors and experts gathered
for a summit in their test kitchen and reduced the number of nominees to 10. Louisville
Kentucky, along with cities like Baltimore , New Orleans,  Charlottesville  and Houston made it into  that top 10 list.

According to the magazine, the voting by readers will begin
December 23. I'm not sure how they going to keep this from becoming a
popularity contest, if you can vote as many times as possible, cities like Houston,
with a larger population will have a definite advantage. If the voting is based
on merit, restaurants like Seviche, Vincenzo's and Lynn's Paradise Café could
help to put Louisville in the number one spot.

The online magazine webpage doesn't say when the results
will be made public, but as slow as the news cycle is over the next few weeks,
a story about which city in the South is the tastiest could make national news
very quickly. That will mean lots of
publicity for the winning city and the nine runner ups which naturally
could translate into more customers for all of Louisville's restaurants!

Of course as the saying goes, Louisville's a winner for just
being mentioned in the top 10 list of tastiest cities. But a win would be
another great feather in the cap of this great town!

Louisville Real Estate does not slow down for the holidays! 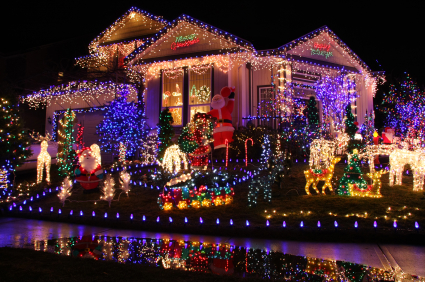 “Keep it on or take it off”? Our sellers always ask that question this time of year. “ Should we take our Louisville home off the market during the holidays and cold weather months”?  Let’s face it; selling your home during the holiday season can be difficult. You need to keep the house show ready during the time you may be getting ready for a holiday party or when the kids are home from school and have made a mess.

As Louisville Realtor ranked 5th for volume of sales, my advice to our sellers is (unless you have no way to keep it clean) always leave the home on the market during the holiday season. Why? Because right now, even during the colder weather, there are people out there who really need to buy a piece of Louisville Real Estate. The fact that some sellers are advised to take their home off the market means a smaller inventory for those buyers to choose from there-by increasing the odds for your home to be chosen.

The advice is especially important this year with hundreds of Ford employees moving to the Louisville area for new jobs. In fact, we were out this weekend with a Ford employees looking at homes in several areas of town. We’ve also already sold a number of Louisville homes this month to those buyers who really need a home. I bet my clients are glad they took my advice to stay on the market.

Need to sell your home? The Medley Sokoler Team can help. We’re setting new records this year for home sales. See what makes us different at www.WeSellLouisville.com...

Doug and his Family buy a new Louisville Home

Doug and his wife have been looking for a home for months. Our Medley Sokoler Team was thrilled to help Doug and his family find the perfect piece of Louisville Real Estate. For more on Doug's search watch the video. For info on The Medley Sokoler team head to https://www.weselllouisville.com/ 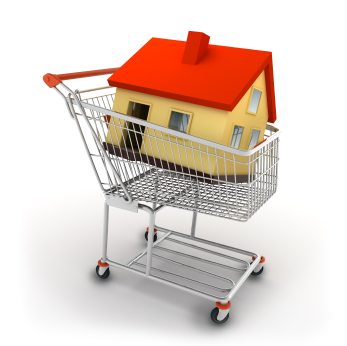 The home sale numbers are a good sign that the Louisville housing recovery may be here to stay. There was a disturbing trend in the numbers, the average selling price of a home was down from $173,766 last year to $156,903 in November 2011. Homes are also on the market on average several days longer from 82 to 86 days. The reasons for the decrease of the average and increase of days on market can be attributed to one or several items:

1)   More short sale and foreclosures are on the market and selling.

2)   More first time homebuyers are back in the home buying market.

Whatever the reason the overall impact is important to the housing recovery. More home sales will clear inventory. The shadow inventory (homes that are in foreclosure or should be in foreclosure but are still lived in by owners who are not making mortgage payments) will start to shrink. Home prices will begin to rise.

With interest rates continuing to hover in the area of 4%, the stock market seeing a surge and increase in Louisville Real Estate sales, the worst may be behind us. With a presidential election ahead, you would think the recovery was orchestrated. I really don’t care why, too many people are suffering. A full recovery will be a welcome relief to Americans!