Staging in the Winter with Quick and Frugal Holiday Decorating

There may be less buyers out there shopping for a home during the winter months, but that does not mean it is impossible to sell your home during the holidays. Staging is a long used trick of real estate agents, flippers, investors, etc. to help sell  homes. If you want to sell your home more quickly great staging has defiantly been proven to help. Buyers want to see themselves living in a home and staging helps them to see the potential of making a space great. Staging during the holidays by adding a few festive touches helps to sell the cozy and homey vibe of a property. 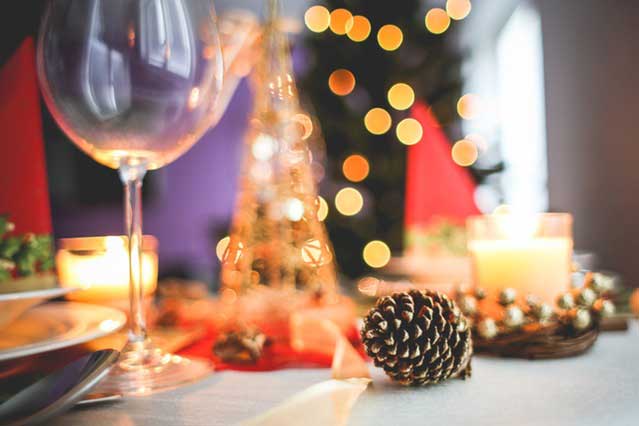 Here are some tips for decorating your home without putting a ton of effort or money into it. Because let’s face it; less is more when selling a home and who wants to clean a bunch of decorations up and pack them when the home sells?

This one may seem obvious and for those tree naturalists out there not frugal or easy. I am going to go out on a limb here (did you catch that tree pun) and tell you to invest in a fake tree even if its just a small one. Why? Because Christmas just doesn't feel like Christmas without the tree and a fake tree is very low maintenance.  It doesn’t have to be a big high quality tree. You can get a perfectly respectable one on sale at Target, a craft store or some other box store. They are usually on sale for great prices at these stores before black Friday. With shabby chic and hipster influences being so popular you can easily decorate with rustic or homemade decorations you don't need to worry about being broken. Just stick to a simple color scheme to keep it chic.

One of the biggest home sellers is curb...

Louisville home prices are up, Louisville home Sales are up but inventory remains lower than expected but all bets are off if interest rates start climbing! The news is good for most homeowners but because of the act of inventory homebuyers could be faced with a difficult choice in the near future. What will they do if interest rates start to inch up or down in December 2016 and beyond?

It’s very possible rates could increase because during the last Presidential debate, Donald Trump talked briefly about the government artificially holding down interest rates to help the economy improve. It sounded like he was not in favor of that practice continuing if he was elected.

If rates move at all buyers on the fence right now may jump off trying to find a home in a traditionally slow buying time of the year. This may set up the perfect reason for sellers thinking about putting their home on the market to explore listing their home. The lack of homes could mean a home selling for more money and faster. It depends on price vs. inventory. This may be the perfect time to call Bob Sokokler at (502) 376-5483 to schedule an appointment to review the process of selling your home.

The graph below shows the absorption rate for homes (see the month supply on the right side). Clearly anything with a less that 5 month supply is a sellers...

Before he became a Louisville realtor at RE/MAX Properties East, Bob was a News Anchor and Reporter for TV stations around the country. Here's an interesting interview Bob did when he worked for WHAS TV in Louisville in 1999.