It doesn't take a rocket scientist to know rain in, around
and East of Louisville spells trouble for the Ohio River. Tuesday morning the
water in the Ohio was just starting to overflow its banks. It's not an unusual
problem for the Louisville area, but it can cause plenty of headaches for
anyone traveling along the banks of the Ohio. This year because of the Sherman
Minton bridge being closed down and the rerouting of traffic along I 64 and I
71, River Road is especially busy. If the water levels rise high enough, River
Road will be put out of commission.

As a Louisville realtor, I'm always concerned about the
homes along or near the Ohio River. We have one listed there now that could be
in the direct path of an angry Ohio River. The good news is that any damage is
covered by flood insurance. The bad news is up until this year the Ohio River
had not hit our listing along River Road for some 10 years. So the fact that
this gorgeous house may be hit twice in the same year is unfortunate.

Bob Sokoler is a former Anchor/Reporter turned Louisville
Realtor 7 years ago, and co-owner of The Medley Sokoler Team in
Louisville Kentucky. You can learn more about Bob, his Team by clicking Louisville Real Estate.

Viewers of the popular TV talk show 'WAVE 3 Listens' (11am weekdays on WAVE 3) saw the reuniting of 2 old friends today. Bob Sokoler (former Co-Anchor of WHAS-TV's Louisville Tonight Live and morning host/anchor of 84 WHAS Radios'  Morning Show visited Cindi Sullivan on her WAVE 3 Listens program. Bob and Cindi worked together at 84 WHAS radio and Cindi was the subject of several stories on Louisville Tonight Live. Since leaving Broadcasting 8 years ago Bob has become one of the top Louisville Real Estate agents in Kentucky and is co-owner of The Medley Sokoler Team at RE/MAX Properties East. Bob was ranked 5th for volume in 2010 for selling Louisville  homes among more than 3,000 fellow Louisville Real Estate Agents. 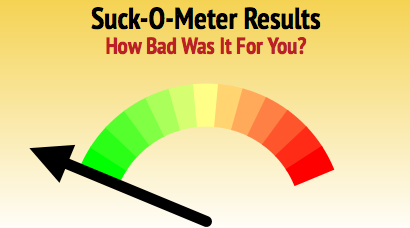 Selling your home can be difficult is any city. From Real Estate in Louisville Kentucky, to Los Angles California to Westchester N.Y home sales are at best slow. Sometimes it’s the market your, in sometimes it’s the lack of marketing from the realtor you choose. As a Louisville KY Realtor selling more than 100 Louisville homes a year I hear about the problem from fellow Realtors all across the country.

So I had to smile when my friend and Westchester N.Y. Realtor Mark Seiden created the Suck-O-Meter to show home sellers why selling their home can be difficult. The meter is part of a website Mark created a website called Selling My Home Sucks. One of the sections of the website asks home owners to take the “Why Didn’t Your Home Sell” test. It’s a cute idea that starts with a basic question like “Did your agent sell 25... 20... Okay, how about At Least 15 properties last year?” Based on your answer the “Suck-O-Meter: begins to move.

The questions continue” When Your Agent Was Sick, On Vacation Or Just Plain Unavailable, Was There Anyone Else Around To Answer Your Questions or Take Care of Your Needs?” The final question of the test asks” Did Your Agent Have The Necessary Skills and Resources To Get Your Home Sold In This Market? (A Winning Smile or Walking your Dog For You When You Were On Vacation Does Not Qualify)”

Marks’ website doesn’t stop there.  Another test asks how long you’re home has been on the market.  You then compare your answer... 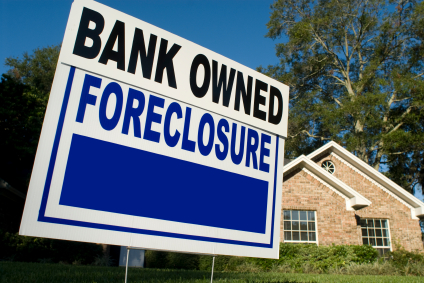 It's happening all around the country and someone, somewhere needs to step in and stop it! Lending institutions and appraisers are out of control and our government is only making the problem worse!

As a realtor in Louisville Kentucky I see the problem every day but it's just got worse. We have buyers coming in from out-of-town and need to buy a home. In fact we were out with them this weekend and looked at least 10 homes. Their pick was a foreclosure that had a number of small problems but nothing that couldn't be fixed.

Naturally the realtor handling the foreclosure for the bank wasn't available by phone all weekend so there was no way to know that five other offers had already been put in on this house and that the bank that held the deed was stalling, waiting for a better offer. I won't go into the ethical or moral concerns I have with the bank playing that game other than to say it's a shame.

We made a (conventional 30 year fixed mortgage) offer on the home (with preapproval letter attached) this past Sunday at $500 over list price just in case there were other offers coming in on it. I learned Monday about the other offers (no, I did not chastise the agent or his office for not answering the phone on a Sunday but I sure would've liked to). When we found out about the other offers our buyer uped his offer by another $9500.

Today I learned the bank had finally picked a buyer who offered less money than ours, but that buyer would be paying in cash. There really is something wrong with this picture. The reason the bank went with the cash offer is because it was hassle free. Meaning the bank would not have to worry about an appraiser picking apart the sale of the home over price or condition.

10510 Pebblestone Circle - AUTUMN WOODS - LOUISVILLE, KY 40229
Updated, Roomy and a large fenced in back yard! This all brick, maintenance free 3 b3droom 2 bath ranch is loaded with features! Walk into a beautiful living room includes a shelled tray ceiling and paddle fan. Next into an oversized eat-in kitchen with bay window, center island, ceiling fan, Stove, Refrigerator w/ice maker, dishwasher and oven range microwave remain! Large master bedroom features a shelled tray ceiling with fan, a private bath and his & hers Closets. There are 2 other good sized bedroom as well! Need more space to entertain? No problem... In the backyard you will find 10x10' deck that opens up to a large backyard and a 6' privacy fence around entire backyard! In addition there is an 8x12' storage shed that will stay. Well cared for and ready for you to move right in!

For more information on this listing or to work with the hottest real estate team in Louisville go to https://www.weselllouisville.com

Louisville Home sales increase as prices appear to bottom out.

The increase in the number of homes being sold is really due to 3 factors.

1) There were fewer homes sold towards the end of 2010 because many home buyers had already purchased a home thanks to the first-time home buyer tax credit during the first quarter of 2010.

2) New Ford employees moving into the area have started to purchase homes.  Granted some of those employees will have to wait to sell the home they currently own in the city they're transferring from. But there are some employees who will either rent their old home and buy here or have already sold their home.

3) The final factor is the most important one.  Louisville Home sale prices have bottomed out, and buyers are starting to come back into the market.

In October 2011 our Medley Sokoler Team hit a new sales record. Normally we look to sell anywhere between six and eight homes in October. This year we put a record 20 homes under contract. We continue to list and sell homes and were looking for an...