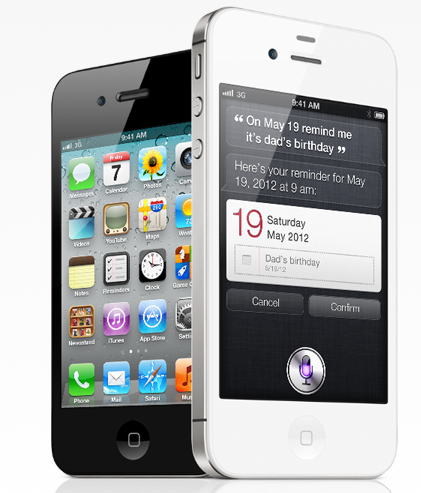 I’ve been underground the past few days trying to absorb the Apple changes from OS to iPods to Phones. I’m afraid I’m still learning, but one thing is for sure, any fears that the new Apple iPhone 4s would be a disappointment are gone. Apple hit a grand slam home run with this new phone.

Yes there were problems upgrading to the new software for many of us. But that was because of a major overload on apple servers. I pre-ordered my phone last week and sure enough watched it ship from China on Monday with UPS and make is way across the world during the week. Friday at about 10:15 am in walks our UPS guy with the phone. What a time saver over standing in line waiting to buy a phone.

Activation was a bit of a challenge. It took a number of tries to activate it. My office manager tried for the better part of a day to activate her phone, a call to Apple and she was told there was a 5-hour backlog of people trying to activate their phones. She finally got it done about 4pm on Friday

As a Louisville Realtor “Siri” gives me the ability to dictate e-mails, Text messages, and a reminder! If I need to remind myself to call a client I simply tell “Siri” to remind me to do it. She instantly adds the entry into the new reminder App! Add to that a new 8-megapixel-rear camera, 1080p video and faster processor and you have a big win for Apple.

iCloud takes a little setting up and I’m still working on getting it installed on all my computers (both mac and pc). But it will become a must have option for most of us within a year or two.

The new IOS 5, which will also work with iPhone 4’s, includes...

Wondering if the Apple 4s iPhone laid an egg? If pre-orders are any indication the answer is a resounding NO! Pre-Orders of the Apple 4s iphone began online at midnight October 7, 2011 Pacific time.  By morning the apple website had slowed to a crawl. By mid afternoon part of the order site was down. A quick call to apple (when we were able to get through) assured us they were working on the problem.

For The Medley Sokoler Team, as Louisville Real Estate Agents, pre-ordering the iphone 4s and having it shipped to our office will save us tons of time. I’ve spent many, many hours online waiting on lines outside my local apple store in Louisville waiting to get iphones and ipads.

The “Siri” component of the iphone 4s and faster processor alone is more than enough to make the cost worthwhile. Being able to dictate text messages, e-mails and more while driving is a slam-dunk. I’ll have 3 iphones ordered by tonight for myself, my wife and office manager (if the site comes back up).

Unfortunately todays problems with the Apple website (at least for me) included limiting orders to 1 at a time and not being able to change shipping address to my office (apple will require a signature for delivery).

So was the slowdown and crash or the Apple order website a publicity stunt to make us think there’s an overwhelming demand for the 4s? I don’t think so. We’ll all know when Apple announces the pre-order numbers. 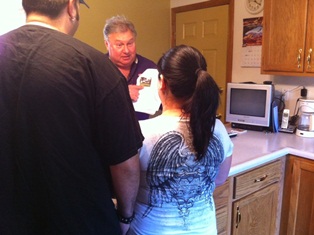 If you're one of the several thousand Ford employees planning to move to Louisville over the next six months be prepared for plenty of smiles, a great quality of life and a lower cost-of-living. I can tell you that from personal experience because 17 years ago my wife Norine and I also moved here from Atlanta. At the time I was a television anchor/reporter, I became a Louisville Realtor about eight years ago and haven't looked back.

In the past few months our Medley Sokoler Team has been working with a number of Ford employees and their families were moving here. In fact, we just help one great family buy a brand-new home this past week. (See the video below). 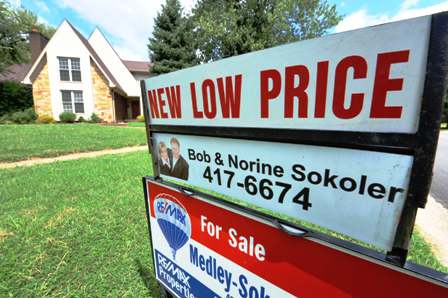 Ford employees transferring to Louisville may be playing a small part in keeping Louisville homes sales moving upward! The number of Louisville Homes going under contract in September 2011 was up 4.8% over September 2010. Additionally the number of homes that sold and closed during the same period was up 15%.

On the surface those numbers are encouraging, but remember last year at this time we were still suffering from the tax credit whiplash. Many people who were going to buy during the 2nd and 3rd quarter of 2010 jumped in the housing market early to take advantage of the tax credits.

The point is it’s not terribly difficult to beat last year’s home sale numbers. Still the influx of Ford employees could help keep Louisville area home sales moving in a positive direction. Many of those employees are looking for homes in the $150,000-$250,000 price range with some acreage.

But almost all want deals because they are coming from towns where they’re selling their homes for less than appraised values expecting to make up their loss on this end. The homes they will buy will be perceived as the best values in the area.

The same can be said about all buyers moving to Louisville from other towns. If you’re a seller you need to have your home looking near perfect, staged properly, de-cluttered, priced at the lower 1/3 of the comparable homes in your area. Any deviation from that formula and you’ll sit on the market.