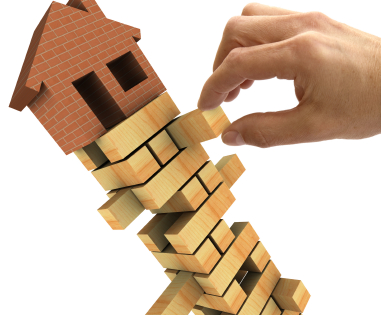 You have to use a microscope to see it, but examine the Louisville Home Sales numbers long enough and there are small signs of improvement for the Louisville home sale market.  The number of homes going under contract in June 2011 compared to a year earlier increased 19.9 percent. Normally that would be an obvious increase.

But remember last year we were coming off a first time buyer and move up $8000 tax credit. The market had slowed because anyone who planned to buy had bought by the end of April. But the fact that we're seeing an almost 20% increase over last year is an enormous increase any way you slice and dice it.

The number of homes sold last month was way off from a year ago. A difference of 24% may sound like the sky is falling, but remember the numbers were artificially high because of those same tax credits.

National media reports of a possible double-digit recessions, fear of home prices dropping and the hope that interest rates would decline further have kept potential home buyers on the fence.

But it’s not all doom and gloom there are signs of improvement. Just last week there were reports of home prices going up in Washington D.C and a handful of other states. When will the good news hit Louisville? Well remember the old saying trends are slow to get to our part of the country? It will be the same with the return of the housing market.

But the one thing buyers have to be careful of is you can never tell when prices are going up until it’s already happened. The buyers are watching a number of items like interest rates (which ticked up a bit this past week) and media reports that prices have dropped falling. The writing is on the wall for the buyers, it’s now just a matter of time (baring any other disasters, wars, gas prices or the sky falling) for home sales to pickup in Louisville.

Congratulations for doing so well, keep it up and I'm sure that you'll be rewarded.